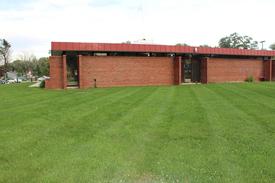 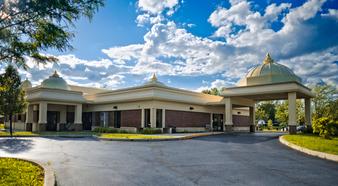 ​All over the World, millions of devotees worship Pujaya Jalaram Bapa by having his holiness in the form of pictures in their houses. Many devotees go to Virpur, Gujarat and other temples in India for the darshan of Saint Shree Jalaram Bapa. For many years, devotees been looking forward of having a Mandir and a community hall in Chicago, where they can worship and seek the blessings of Pujya Jalaram Bapa. With same objective, Shree Jalaram Mandir Organization was formed and registered in December 2006. By the Grace of God and devotion of members at large, the dream came to reality in 2008. Existing church property located in Hoffman Estates, IL was purchased at the cost of $1.25 Million. It was gradually transformed into a Mandir with generous support from the trustees and devotees.

Mandir was inaugurated on the March 8th, 2008; amidst great joy and excitement. Since, inception all religious festival are celebrated with lot of devotion and participation from many devotees of Jalaram Bapa. From a small parking lot of 42 spaces, an expanded new parking lot of 120 spaces was constructed for the convenience of devotees. Also, many upgrades were done inside and outside of the building including the major expansion project at the expenditure of $3.2 Million. The Sheelanyas pooja ceremony was completed on October 4th, 2014. Many devotees surrounded the huge excavation site and participated in once in a life time event. Construction began immediately after the foundation laying ceremony was finished.

The grand ceremony of “Murti Pran Pratishtha” was completed on July 9th, 2016. This most important ritual was started with a “108 Kundi Shubh-Sankalp Yagna” on Saturday, July 2nd followed with four days of Murti Pran Pratishtha vidhi from July 6th to July 9th 2016. The idols are specially made by expert Shilpkars from Jaipur and are beautifully carved from Makrana marble stones. As a part of the grand celebration, Shrimad Bhagvat Katha was also arranged from Sunday, August 7th to 14th 2016 at Shree Jalaram Mandir. The Katha was narrated by the renowned spiritual leader Pujya Shri Rameshbhai Oza (Pujya Bhaishri).​​

​The final phase of construction (Domes & Shikar installation) and EIFS rendering was completed in Aug-Sept of 2017.